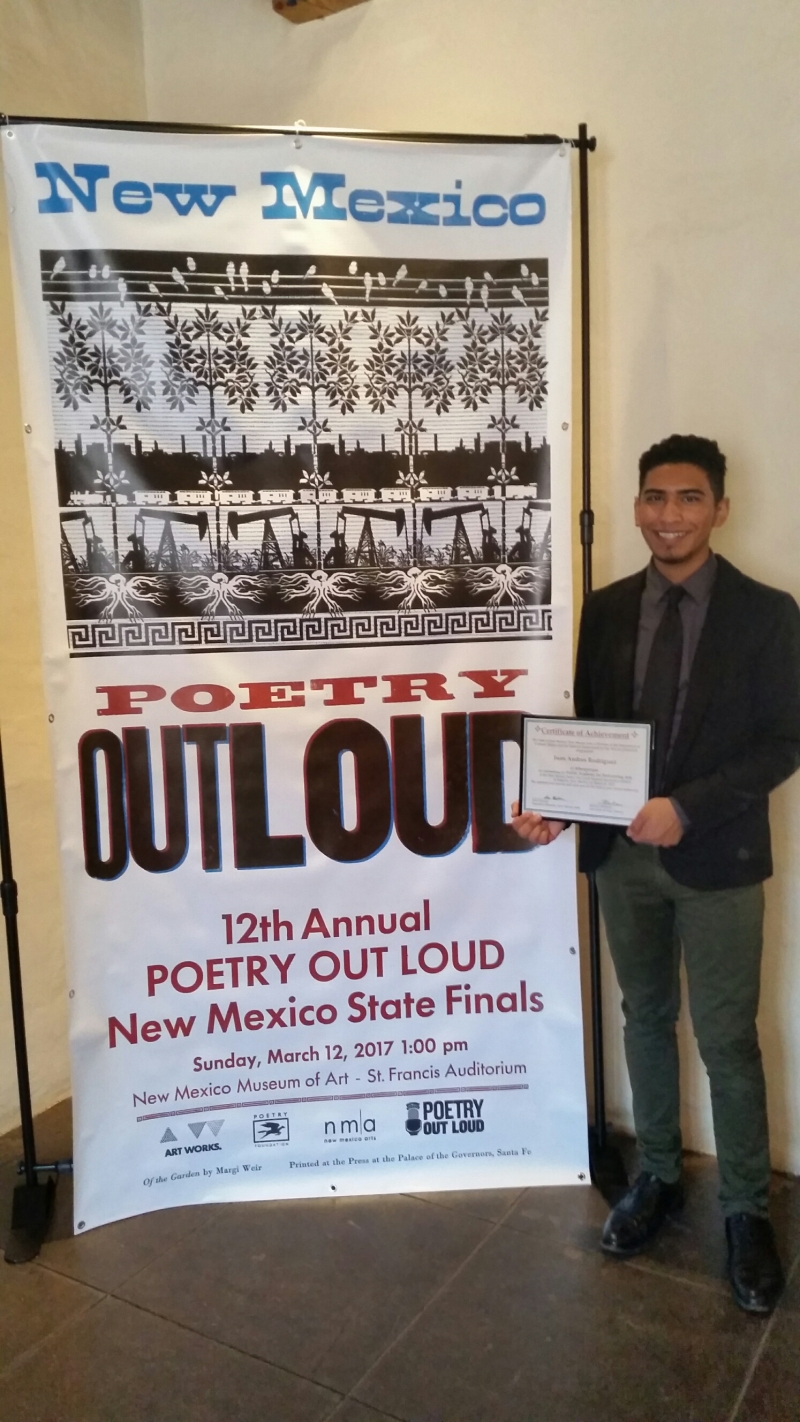 Juan Andres Rodriguez‘s letter was chosen as second place in Level 3 of the New Mexico Letters About Literature competition.

You can read the official announcement and the three winning letters here and see a list of all the writers who advanced to rounds two and three of the judging, as well as a list of the participating schools.   Each writer whose letter made it to round two and three will receive a letter and a certificate of recognition in the mail.  Honorable mention, third and second place letter writers will  receive a gift card for Collected Works Bookstore in addition to their certificate of achievement at the awards ceremony.

The awards ceremony will be May 12 at 1:30 in the Rotunda of the Round House or the Legislature building in Santa Fe.